Because Shelter know their housing onions:

because happiness is as much a part of what we strive for as work….. 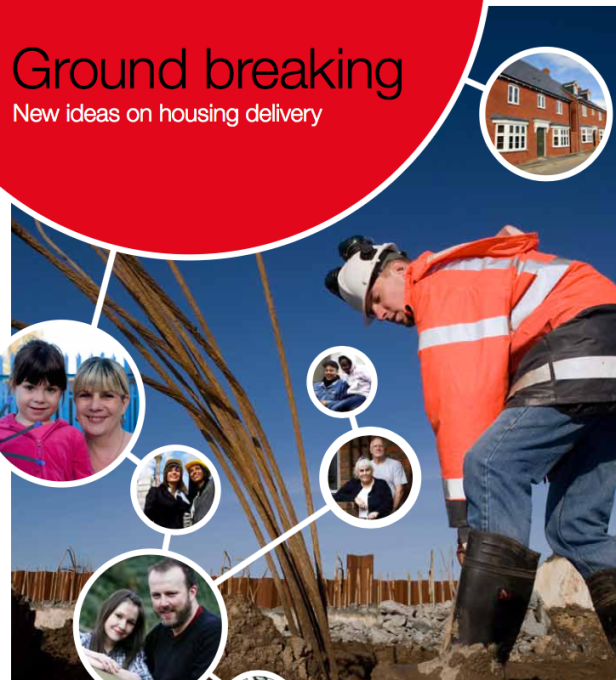 Above Shelter’s 2008 assessment of what UK Housing needs

Mark will be trekking to Iceland to raise funds and draw attention to Shelter’ssocial Housing campaign to end Homelessness between 12th and 16th July 2017.

Why? Well Mark has a complex of reasons. Like Shelter, he knows a lot about social housing. Clifton was the biggest housing development in Europe when it was built in the 1950’s. There had been a housing crisis after the second world war and 100 acres of land had been found (including farmland and a village, called Glapton) to build, and build and build by the ‘corporation’ (now the city council) a suburb which became Clifton.

Above images of social housing being built in the United Arab Emirates 2016and the biggest social housing estate in europe, Clifton, Nottingham where 30 houses a week were built to meet an agreed need after the second world war.

There’s a debate in parliament, you can access it here about housing: strategic and right to buy. Mark’s July  trek to Iceland is about a universally affordable housing ladder.

Mark looks back at the great work done in Clifton, connecting housing to community development. The dedicated and important neighbourhood teams, the Clifton and Wilford area committee projects that he worked on. The Skatepark: 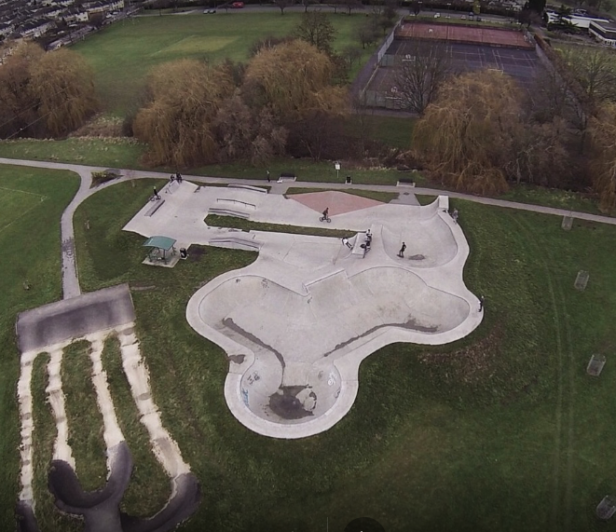 to open up the Parks for kids to play:

or build a War memorial, designed by funeral Directors and stonemasons AW LYMN 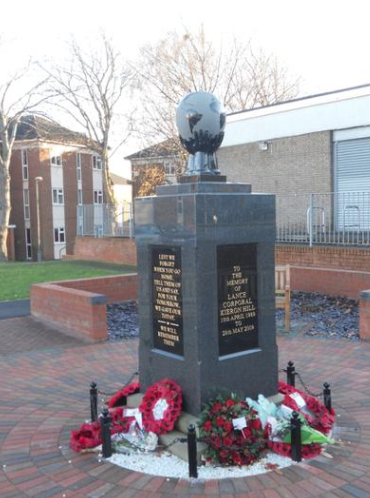 He was inspired in the emirates by their idea of a Ministry for Happiness…but I think ideas  to and fro across the world…and instead of thinking that the emirates are better than us, perhaps the emirates have just resourced ideas we had for housing and community better than we have.

Also social housing has become too political and too much about making judgements about things that have no connection with having a roof over your head and a feasible way of earning a living throughout your life.

We know how to build the idea of neighbourhood development, economic, social and cultural development we just don’t do it. And when we don’t do it we turn people into refuse. We find disposing of people easier than re-using and re-purposing them. Our infrastructure for everything isn’t really fit for purpose…..

“It felt ironic to me that in my very last year at Nottingham City Council they had trained me in Lean Six Sigma” Lean Six Sigma is about valuing organisational resources and creating great structures to work in. He became a practitioner just before he was made redundant. Lean Six Sigma, though, has been criticised for applying an engineering mindset to environments that engineering can’t really see. A bit like an algorithm that goes on spinning even as people are spun off its wheel…..

Made redundant in 2010, at the age of 54, Mark experienced the sense that,  in a recession no one was going to employ him.

Claiming JSA (Job Seeker’s Allowance) as someone with long experience of councils and bureaucracy trained bureaucrat, he did not find the experience quite a dreadful as Daniel Blake.

Above film still by Joss Barrett in the Guardian  from “I, Daniel Blake” Ken Loach’s latest comment on the welfare state in the 21st century.

Mark took the idea of Job Seeker’s Allowance to mean an opportunity to gain time and skills to find another job.

Mark wasn’t redundant, the system was redundant  to his need for a bespoke job matching service….

He found work, eventually,  interesting and stretching. Miles away from home on a temporary contract. After a year of living away  he was ready to start his own business.

He says  You have to stand back and think about what you can actually do?

What are your skills? The first is to go beyond that life changing category that you are “redundant “  to make yourself useful again.

The great thing about being self employed is that your principles and values can be the drivers. Mark’s were  the value of people, public value and service.

He needed to start small. He’d  been an NVQ Assessor for years so the first step was to update taking a first level first level teaching course, bringing his own take to George Bernard Shaw’s:  ‘(s)he who can does, s(h)e who can’t teaches‘

In Mark’s case the sting of not being able to continue doing the thing he loved meant like Michelle Obama (when they go low, we go high) and so he did go higher…so he began to teach Housing.

As a one man band he had to set business rules;

2) Never go to bed with an invoice outstanding, (respect what you’ve done, respect them to respect that)

3)  Always sound like you believe in what you are saying! (when you’re working for yourself you’re the expert, 24 hours a day…get learning!)

Marks now teaches Social Housing and offers consultancy to organisations struggling with process flow and understanding “value” to public sector customers. He’s also asked, through his Six Sigma work, to go to the UAE to help well resourced projects integrate their ambitions for the future.

Mark sings the praises of their idea for a Minister for Happiness in Dubai,

Mark’s delighted that their notion of customer service goes beyond answering the phone after six rings….

He see them genuinely wanting  to invest in themselves, building a more cohesive society and desperately wanting to be a top 10 Nation. This is genuinely exciting for Mark who sees us with so much fantastic potential in NHS, social Housing, Equalities Act 2010 but that we don’t value it, don’t talk about it which prevents us unlocking value.

I think that’s because we have forgotten how to be the inclusive and regenerating society that we’ve always been.

Mark has recently discovered the stimulation and benefits of co working when you have your own business. He goes to Minor Oak co-working space set up in September last year by the amazing Architect engineer Dee Miller in Sneinton.

Working just one day a week with other likeminded people across a range of industries adds to your skills but also drives the key to small business growth; networking.

One thing that strikes me about Mark is his sense of duty and social obligation. It’s fantastic. It was working in his back bedroom that made him realise that he wanted to do something about homelessness. When  you’re made redundant you learn about what makes you tick and you network not just for yourself but on the things that are important to you.

Mark and I are old enough to remember when the film “Cathy Come Home” about homelessness made by Ken Loach in 1966. He’s doing the Iceland Trek in the year after Daniel Blake to keep the momentum going. I think it’s the mature and dignified way (no mad mudder thing, no wild Paris cycling), a trek to Iceland is both good thing that will enable him to connect with housing enthusiasts, campaigners and experts and get the chance to think creatively with others about housing in the UK.

Mark says: “The recent Housing White Paper, unless there’s a real engagement with it makes it clear that the Government are trekking through an even more barren thinking landscape than I will be taking on just a few degrees south of the Arctic Circle in the summer. We’ve got to change that thinking. If we’re going to plan for future development we’ve got to get it right.”

Mark is clear that we are world class in so many thingst: “We also have world class early intervention and partnership working with the Vulnerable Persons Panel and the softer side of the Police”.

I feel that I’ve met someone working towards the day he can choose the projects he wants to do. Until then, it’s step by step: great training for this Shelter charity trek across Iceland.

You can sponsor him here: 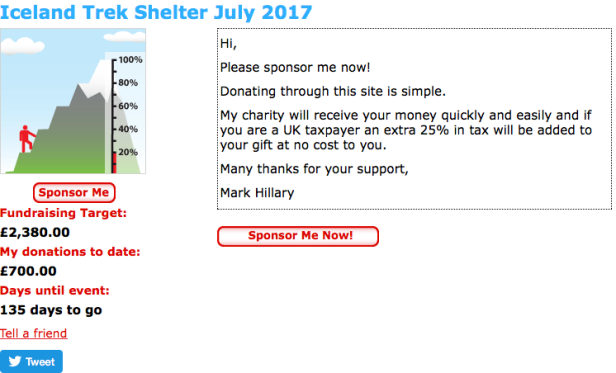 More information about working with me at:

ONE THOUGHT ON “CAREER TREK: CLIFTON TO ICELAND NOT

We are a quality consultancy specialising in the use of Lean & Six Sigma (ISO 18404) techniques to help social housing businesses improve customer value, eliminate waste and improve value for money.

Scroll back to top